Attention all football lovers now, as PlayStation has teamed up with UEFA to offer something truly special for PS4 owners as we gear up for the start of the Champion’s League 2015 group matches this week.

It’s called PlayStation FC, for PS4 and it’s a free download available right now from the PlayStation Store. It offers a way to interact with this week’s Champion’s League matches, by giving you the opportunity to create your own fantasy team based on players performing in the league this week.

More importantly though, free prizes are up for participation so everyone should try this out now and get ready for the matches to begin starting from Tuesday September 15. 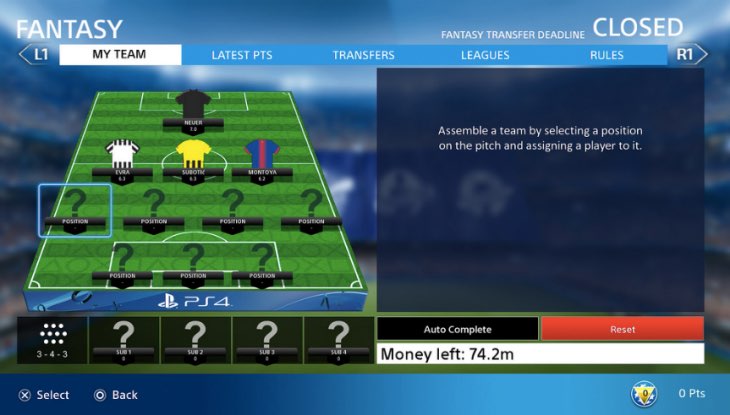 Some of the prizes include a free 12-year membership to PS Plus, a PS Vita console, 100 Euros PlayStation wallet top up and much more.

However the grand prize is two tickets to the Champions League 2016 final in Milan including flights and accommodation – so it is well worth giving it a go.

Another great feature of this app is that you can even watch actual Champions League matches, from some classic matches down the years – using the in-app player.

Visit the EU blog for further details and let us know if you have already downloaded it. How hopeful are you of winning a prize?