Things couldn’t get better for Nexus S owners at the moment. After being confirmed by Google as the first handset to get Ice Cream Sandwich 4.0 officially, a working build has now been ported to the device, giving users the opportunity to try it out early if they wish.

You won’t be surprised to hear that the port has once again surfaced from the realms of the XDA-Developers Forums, as the clever bunch have now put the Nexus S Ice Cream Sandwich ROM up for download, as reported from Droid-Life.

As always, you’ll need to take care when installing any unofficial Android build and if your Nexus S isn’t rooted yet, you will need to perform this task first if you want to install Ice Cream Sandwich on the device.

Also, although feedback suggests that this is a stable build, it isn’t the latest build of Ice Cream Sandwich as demoed by Google in Hong Kong, so don’t expect features like Face Unlock and Android Beam to be working – for the moment anyway.

However, everything else from Ice Cream Sandwich is there, and it looks very pretty indeed. We’re talking about new menu interfaces, the new phone and music apps – the lot. Droid-Life has already got the build up and running on their device and have posted some screenshots showing the Nexus S running Ice Cream Sandwich. 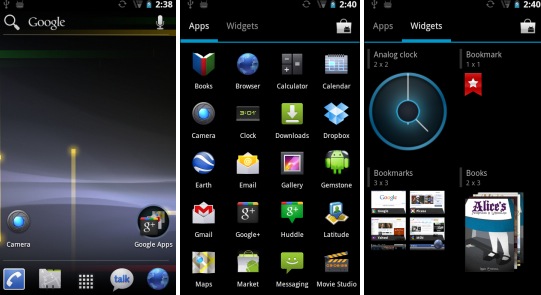 It is well worth giving this a try if you have installed custom builds on your device before – especially since we have no idea when Google plans to release Ice Cream Sandwich officially on the device. There are a few bugs already noted with the build though, but these only include features like NFC, some data issues and a few camera problems – nothing which will brick your device anyway.

If you fancy giving this a try, you’ll find the download links and instructions over at XDA-Developers here. If you have already installed ICS on your Nexus S, give us your initial feedback on how your device is performing – everything okay?