EA has finally released the highly anticipated FIFA 15 Winter player upgrades list for FUT. As expected, there’s some big upgrades for players like Harry Kane which were expected, but also some surprising ones too.

We now can bring you the full list to download, which will give you a perfect heads-up as to which players have been upgraded in order of gold and silver ratings.

Harry Kane has been given a whopping +7 upgrade, meaning that his new card in FIFA 15 is now a 77 compared to 67 previously. 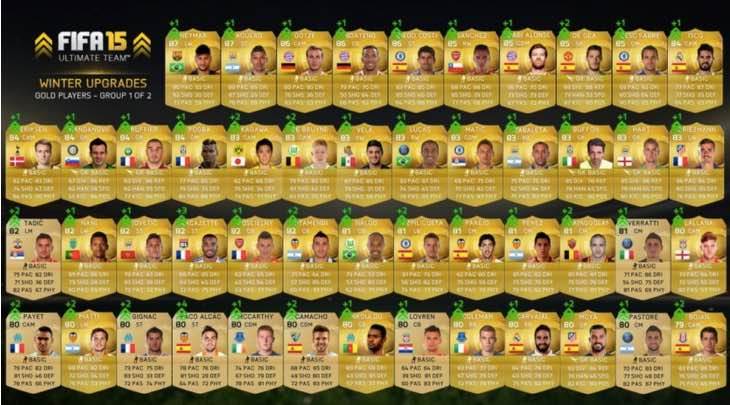 We’re pleased to see that Liverpool’s Emre Can has also been rewarded for his form – he’s now a +1 with a 75 rating in the game, Adam Lallana has had a +1 too to 80.

We have extracted EA’s Google Doc file, which contains the full download list. It lists every single player that has been upgraded by EA and also contains the in-form upgrades too if the player has it.

Take a look at the list and let us know your immediate thoughts on the upgrades. We’ll be picking out select upgrades for further discussion throughout the week.

Which is the best upgrade in your opinion?