Treyarch has surprised everyone by going live with the Black Ops 3 beta over 6 hours earlier than expected. Black Ops 3 beta codes or tokens were not due to be sent out until 12am Pacific, but we can confirm that Treyarch has jumped the gun allowing PS4 owners to play earlier.

Those with a code must be very happy at the moment and it means that the week exclusive access lasts even longer on PS4.

Treyarch has confirmed the good news in a Tweet below, while Activision’s support team also states that codes should be going out to those that pre-ordered as we speak. 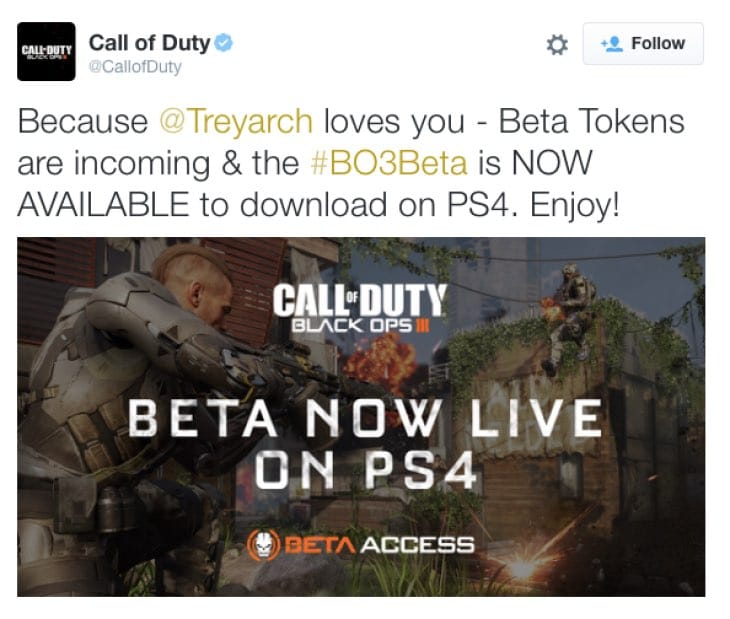 For those that still need a Black Ops 3 beta code, Twitter is your best bet as we can see that many players are still giving away codes by the minute – you just have to be lucky enough to get one.

We can’t believe that Treyarch has gone live hours in advance – that doesn’t happen very often for such a high profile event so make the most of it.

For those that are already playing on the three maps, what are your first impressions of the game so far?