We have already told you that the official release date for Android 5.0 Lollipop will be on November 3. However, some people cannot just wait around and we have spotted a few tips and tricks for those that want to download Android 5.0 Lollipop update for Nexus 5 right now.

The Nexus 5 is included on the first wave for the rollout of course, as is the Nexus 4 phone and the Nexus 7 2012 and 2013 tablets. Until November 3 comes though, the temptation to test out Android 5.0 before anyone else may be too much to handle.

Now, if you have the knowledge of performing custom updates and know your way around the Android underground, you can do just that. We’ve spotted that there’s now in-depth guides available for installing Android 5.0 on Nexus 5, using official preview images of Lollipop. 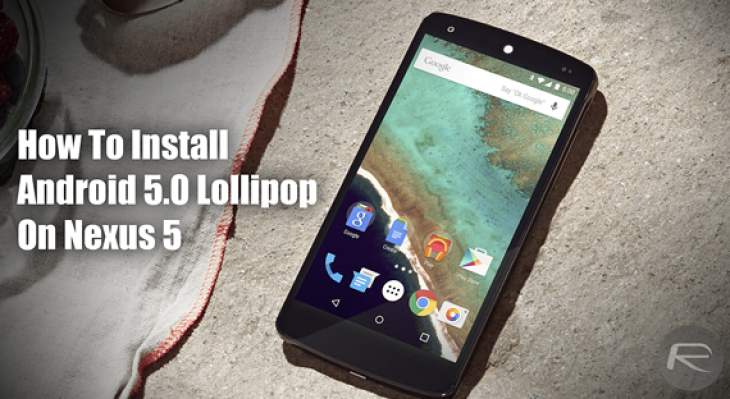 The guides come courtesy of Redmond Pie, who have provided the download links necessary to make it happen, as well as a step-by-step guide to get it working since it’s not an easy process.

The two guides are available here for Mac users and here for those on PC. As always, you are responsible for your work and you should only attempt if you have performed custom Android updates in the past.

It is also fairly obvious in saying that you should back up your data as well and read the guide carefully so you are not forced to make a factory reset if something goes wrong.

As far as we’re aware though, this is the only way to get an official version of Android 5.0 Lollipop running on the Nexus 5 in the simplest form until Google releases their update.

Try it out now and let us know if you manage to get it working.