While this may not be a new app, the Down To lunch app has started to crawl up the charts and has recently become more popular than Facebook’s offering on the App Store. However, there have been a few concerns, and not just with the overall user experience.

A serious allegation linked the Down To Lunch app to human trafficking, but it is worth noting that this article looked at many different sources to refute such claims. If this were true, then there would be no reason why the app would be increasing in popularity, as the likes of Apple and Google would have taken it down by now.

Having said that, there are new concerns, although that is only since the recent Down To Lunch update to version 1.18 for iOS and 1.22 for Android devices. 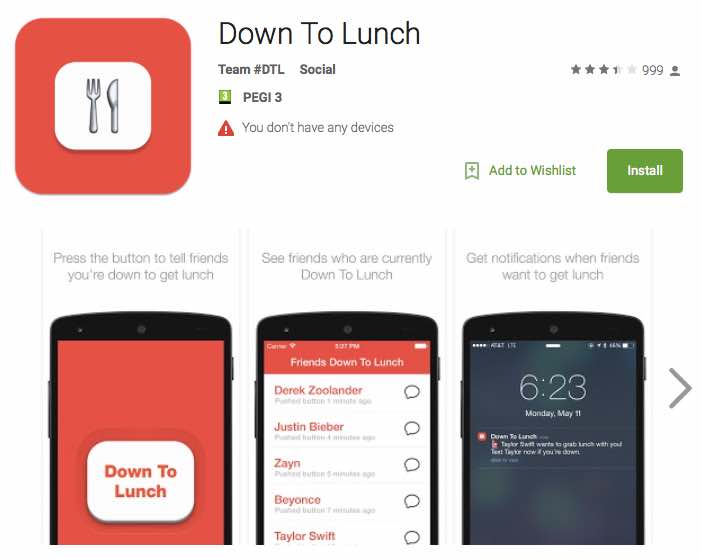 Even though these are different version numbers, they do come with the same feature updates, and these are being able to now <3 friends DTLs, new section and increased Down To ______ that you've been asking for, along with cool opportunities to get more trophies and surprises, UI improvements, and more.

Going back to those concerns, as some users have noticed a few problems since the latest Down To lunch update. One user complained that it used his contacts to spam him into getting the app. That's not all, as the app does not function as it is meant to for him, as it is not only simple, but an overall stupid app.

Another user took to Google Play to say that the latest version worked for around 10 seconds and now keeps on crashing. This is a shame, as that user likes the idea of this app.

It does seem as though the biggest complaint is that the app keeps crashing, and so an urgent Down To Lunch app fix is required, but have you had the same issues?