It’s going to be labelled as Battlefest and from March 26 – March 30, you’ll have the opportunity to earn double the points. When combined with some of those booster items, it’s the best time to move up the ranks quickly compared to regular play.

Not to mention you’ll be able to earn more money in Hotwire – our game mode of choice for earning those dollars quickly if you want to buy the best weapons as a criminal or cop. 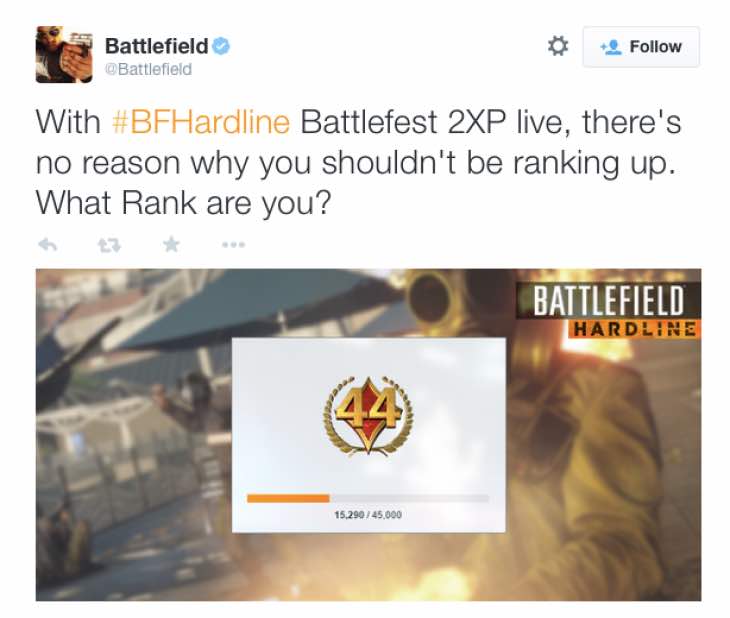 These 2xp weekends for Battlefield Hardline are also ideal for new players who have just started the game this week, if by any reason you missed the launch.

Hopefully it will give newer players the chance to catch up to those that have been playing since launch, as using the best weapons in the game really does make a difference – ask any carbine user.

Let us know your experiences on Battlefield Hardline so far and if you are loving the game, compared to BF4. Are you already receiving double xp in the game right now?