Android’s answer to iTunes, the Double Twist app just got an update which will allow media sharing with your PS3 or Xbox360. The new Air Twist feature lets you use your Android device as a media server wirelessly allowing wireless streaming to your TV through your games console.

Previously owners of Android devices were only able to use the popular app to sync with PCs or Phones wirelessly, using Air Sync. This has been available to Double Twist since the Air Sync upgrade on December 1st last year. Users first had to download software components to their PC and device before paying $0.99 to upgrade to the feature.

Now with the Air Twist update, their media is even more accessible. As reported at Slashgear, the update is compatible with Android 1.6 minimum and unlike Air Sync is free to download. Once Air Twist is enabled, user’s devices will appear as an icon on their console, allowing it to be selected and media sharing to their TV can begin. 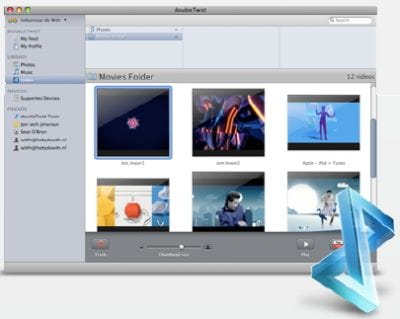 For more about Double Twist you can check out their site where the download is now available. Double Twist also has stated that media sharing will become available on other DLNA devices with more updates on the way.

What do you think of the new update? What other devices would you like to see have the Air Twist feature? Let us know your thoughts.