We can confirm that there has been a new Dota 2 update on March 9 2016, although the exact changes remain a mystery at the moment with players eager to find out what is new in the latest Dota 2 update.

Luckily, we can bring you what we have so far, as players have been discussing changes discovered on the official Reddit page for the game. The Dota 2 Main Client update for March 9 is 44MB in size, so it is a small patch which is probably why there has been no mention of it by Valve on the official Steam page.

Thanks to details provided by SirBelvedere on Reddit though, you can find a list of additions that have been made to the game as of March 9, 2016. 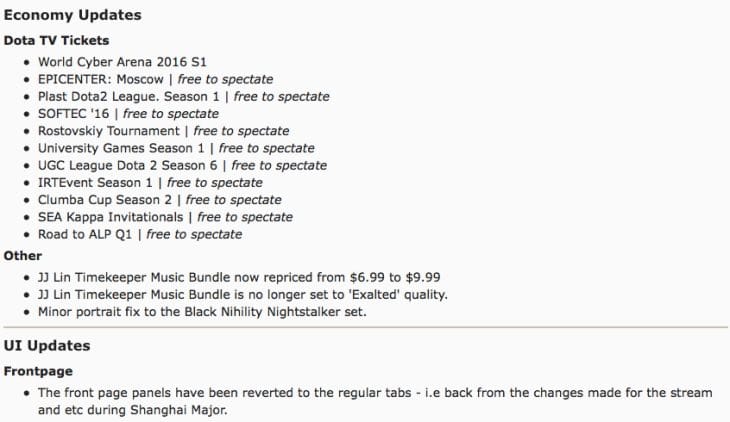 We are still waiting for the official Dota 2 March 9 changelog, but this should keep you busy for now – especially with the new hype for World Cyber Arena 2016 S1 which should kick off in December.

Once we have more details, we’ll update this for you but for now let us know any other new changes that you have spotted since installing the new Dota 2 patch.