Fans have had to be patient, but we are now happy to confirm that a new Dota 2 update on April 25 is now live. As a result, we can show you where to get hold of the Dota 2 6.87 patch notes and find out what is new in the game.

As expected, it’s another big update for the game with plenty of changes to get your head around. They include things like Reworked Ranked All Pick.

This will mean that as of 6.87, before the picking phase begins, players will have a 15 second voting phase to ban heroes. Each player votes for a different hero, then afterwards half of the heroes that were voted on will be randomly selected and banned.

Here’s a preview of what to expect with the new Bloodthorn item, which is formed from Orchid, Crystalys, and a Recipe: 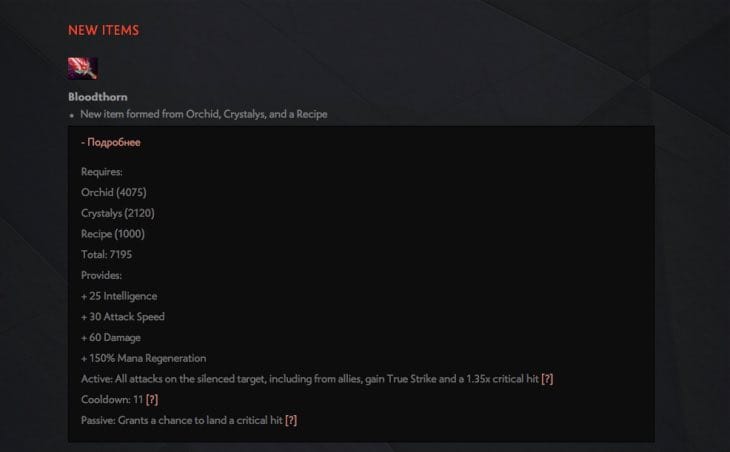 For a full heads-up, head to the official Dota 2 6.87 changelog here from Valve and give us your reaction to the changes.

The patch should now be live in all regions, are you downloading it now? Tell us what Valve missed in the comments!