There has been a new Dota 2 update on January 20, 2016. While it is not a major update for the popular game, it is still a substantial one so we have the full Dota 2 6.86D update notes for you to analyse properly.

The Dota 2 6.86D patch should have rolled out to everyone by now and the update notes have already been posted over on the official Steam page.

They reveal that new hero Arc Warden’s Tempest Double will now grant XP to Arc Warden, if it lands the killing blow on enemy heroes. 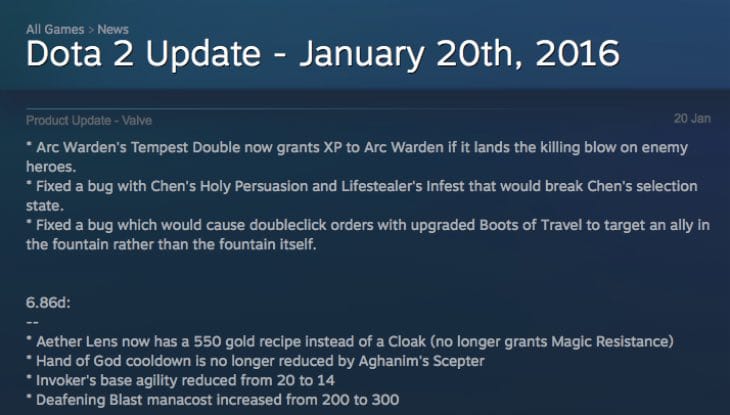 There’s also bug fixes relating to Chen’s Holy Persuasion, Lifestealer’s Infest and Boots of Travel which players should be happy about.

Another big talking point is that Aether Lens now has a 550 gold recipe instead of a Cloak, as highlighted above.

Check out the other new changes in Dota 2 6.86D and give us your thoughts on this patch – what are you hoping to see introduced or fixed for the next major update?