Attention all Dota 2 players now, as a surprise but major Dota 2 6.85 update on September 24 is now live. We have the full Dota 2 changelog to bring you and also the full Dota 2 gameplay patch notes which Valve have now posted for everyone.

This is another massive update and we’re willing to bet that many of you were not expecting this to come late on Thursday.

Firstly, take a look at the general new Dota 2 6.85 changes below as they are documented by Valve on Steam. They include new features such as a improved unit selection, improved frame rate in certain situations and also a much needed crash fix when deploying wards. 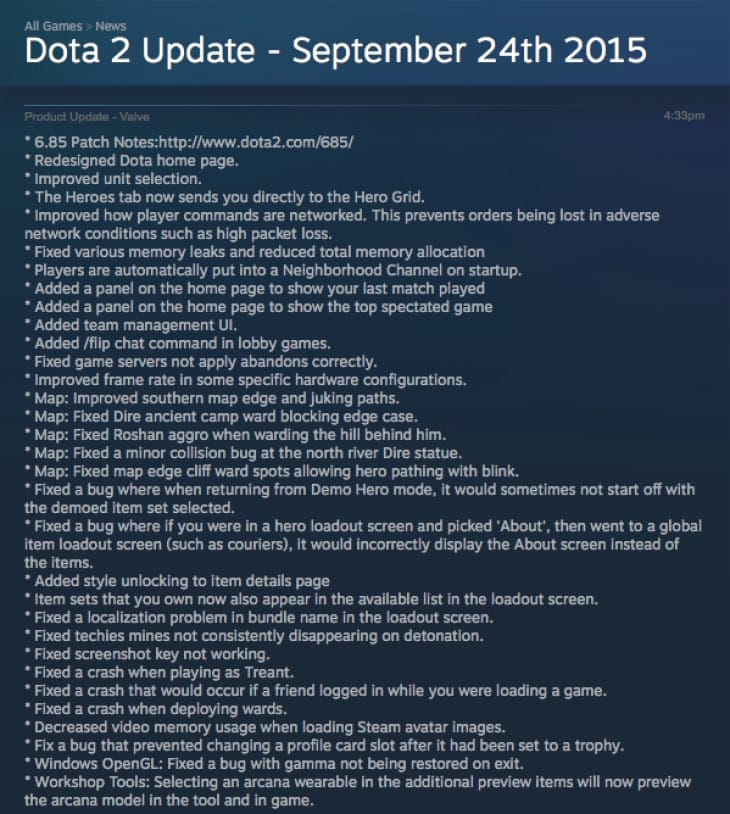 More importantly though, you will also need to take a few minutes to read through the main Dota 2 6.85 gameplay patch notes which Valve has now revealed here.

There’s also tons of tweaks to specific heroes so make sure you read through everything and let us know your thoughts. The Dota 2 6.85 client download for September 24 is now LIVE so so grab it and report back on your experience on 6.85.

Is this a great update for you or not?