Media attention is always high when it comes to violence in video games, and every time a person that plays a lot of violent games kills someone, the media point a big finger at the game. How many people do you know that play violent games? Now how many of these people are cold blooded killer?

While some states try and pass violent games laws, and politicians rally to rule that gamers should have tight restrictions when it comes to the amount you can do in a game, some public figures have a different view. Today we heard from Doom creator and computer programmer John Carmack, who told IG “there is more evidence to show that the violent games reduce aggression and violence”.

This is an interesting take on violent games, and one of the most realistic and violent games we know is GTA, which gives the gamer freedom to do the things they’d never do in real life. This in itself can be a release for people who’ve had a bad day and just want to blow off steam. If it’s true what Carmack said, then GTA 5 will not only show the bad side of life in more detail, it will also help people reduce aggression.

There are millions of people around the world that have played violent computer games over the years, if we could see each and every one of them now, how many have turned out to be violent or cold blooded killers thanks to the games they played?

Having heard from some parents that say certain children they know have played Grand Theft Auto and then gone to school acting out what they saw on screen, this highlights a different view. First the game is for over 18’s, and children are known to copy but could the same be said for adults? Having played GTA 4 a lot, the amount of times I’ve seen adults walk in my home with shock at what is possible in the game, GTA is not for the easily shocked, especially considering some of the mods on PCs.

The idea that thousands of people could go out and buy GTA 5 to help reduce aggression is an interesting one. 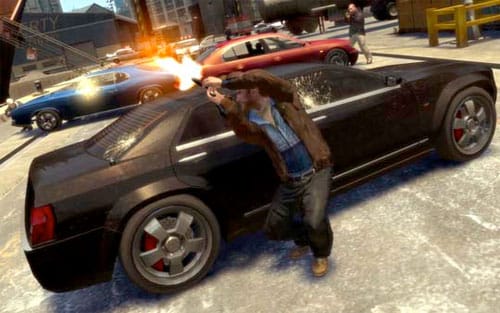