As games consoles become more powerful, so too do the video games. Until recently this was inevitably the case; however issues have aroused over the size of the games that have been developed as they try to maximize their potential. Today we have news that developers of the upcoming game Doom 4 are experiencing these issues just as Rockstar Games and Team Bondi did with L.A Noire.

Hooked Gamers originally reported this morning that the game would be too large to fit onto a single Blu-ray disc, since then they have explained that there was mistake made in the translation from their source and later updated to report that Doom 4 is shaping up to include more content on the PlayStation 3 than on the Xbox 360, due to the size issues.

We previously brought you news that L.A Noire developers were forced to cut some of the final build of their game as it would not have fit onto one Blu-Ray disc. Today’s news comes from an interview with John Cormack at Quakecon where, in response to the question whether Doom 4 would feature the same updated graphics that the Rage PC demo featured, he explained that they were not sure how much data the final build of the games would take up. He also suggested that there may be a wait for the next-gen consoles if the build ends up being too big as they will use larger storage discs.

According to Hooked Gamers, in the same interview Cormack also revealed that he intends to make a Rage 2. The first Rage game is expected to be gracing the markets October 4th and PC gamers can expect a Super Texture pack, which adds enhanced graphics not long after.

Are you hoping to see Doom 4 soon or would you rather the developers wait for the next-gen consoles? 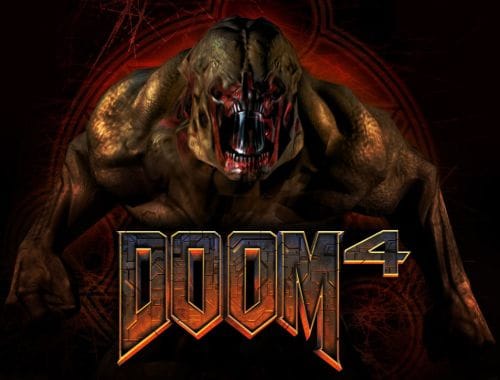