Whenever a new product is released they often get torn apart to see how they tick, and also learn what they are like to repair. This only ever happens to products that will sell in huge numbers, and we know for certain that the Apple Watch falls into that category.

Don’t even try to repair your Apple Watch if you ever thought about doing so, as iFixit spent many hours earlier today tearing down this device and the final verdict was not good, as it gets a repairability score of just five out of ten.

This is a pretty low score and we would advise about ever trying to take it apart — although not sure why anyone would want to in the first place? You know right away that things were going to be tough taking the Apple Watch apart, as the screen was said to be tough to take apart, although many if its innards was also hard to get at. 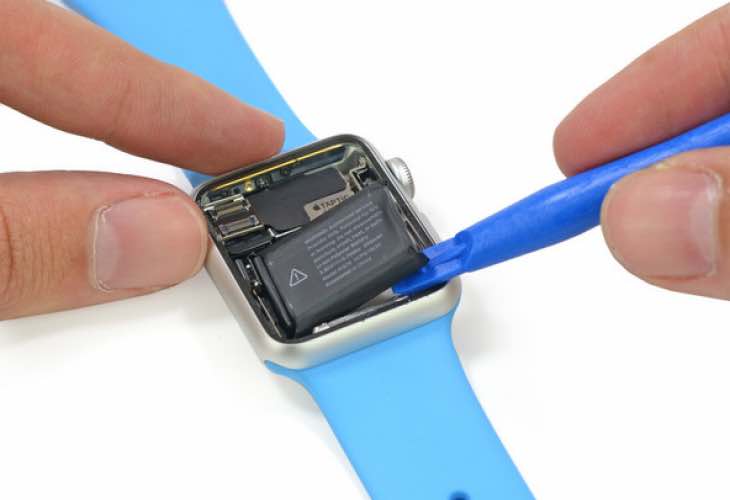 We would advise you to get an Apple Plan with the new smartwatch, because if things went wrong after the warranty period, the chances of you or I ever being able to repair it is very low, and then you have to get the right tools.

The Apple watch was always going to be a tough thing to fix at home considering its size, although the iMac with 5K Retina was also tough to repair as well.

For more details on the teardown you can view the video below.