If you have been following the drama surrounding the DomIsLive YouTube channel, then you would know this popular GTA V video account has been terminated in the past and has once again gone down. The latest problems started in February 2015, but it looks like the cause for another DomIsLive YouTube account termination is false flags.

DomIsLive said on Twitter yesterday, “suspended again” and remarked about how stupid “Youtube is getting”. This followed with another message giving insight about 3 flagged videos on his second account, which then saw a termination quickly after. 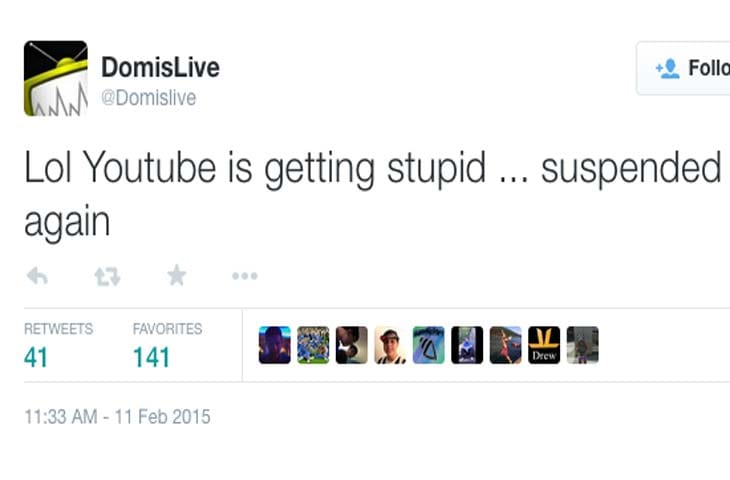 Further clarification details some sort of mass flagging going on towards DomIsLive on YouTube, which is why his accounts go down very quickly. Today, we are hearing that the YouTube flags are being directed towards other popular accounts as well. 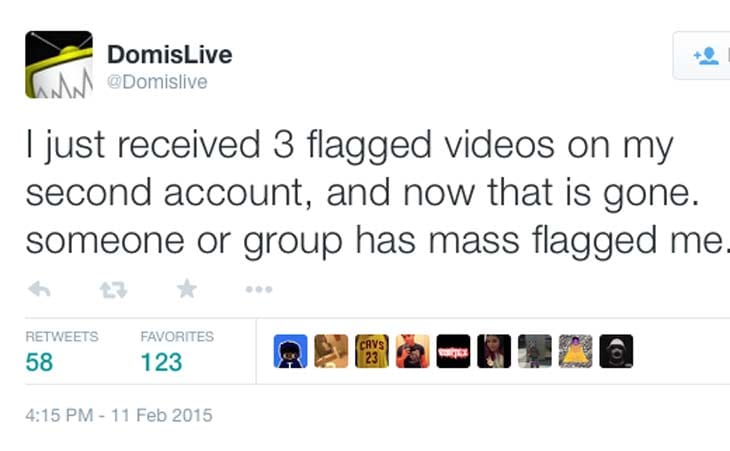 You can see some of the tweets above from DomIsLive that explain exactly what he messaged followers on Twitter. The final tweet below reveals some good news for fans of DomIsLive, his YouTube channels should be back up soon according to the account holder himself.

Do you follow DomIsLive for your Grand Theft Auto V leaks and news? If so, how do you feel about his account being removed from YouTube?