You may have forgotten about the fact that Capcom has stealthily launched a remaster for Devil May Cry onto the PS4 and Xbox One. DmC: Devil May Cry Definitive Edition reviews for PS4 and Xbox One have been live for a week and now we just wanted to take a look at how the remaster is performing so far since launch.

The game costs $40 to buy, so it didn’t hit the shelves at full $60 retail price which is nice to see from Capcom. The Definitive Edition is essentially the same version as the 2013 DmC reboot, with the addition of 1080p resolution and 60fps – plus all DLC and new costumes that were released for the game.

The good news, is that the remaster has so far received excellent reviews. It’s been two years since we last saw Dante on last-gen, but if you are a genuine fan of the series but didn’t play the reboot – you need to revisit it on PS4 or Xbox One. 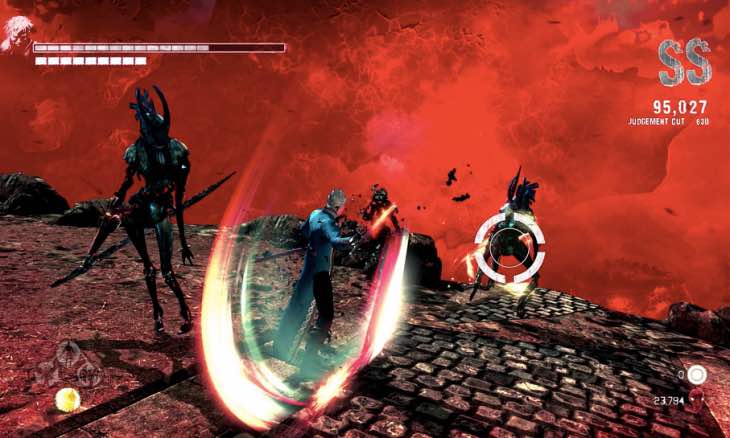 Over on Metacritic, the game currently has a 85/86 Metascore on PS4 and Xbox One respectively, while the User Rating sits at 6.7/6.8 respectively in comparison.

We have compiled a list of the review scores from all of the top sites below, to see what they have scored the game – then taken all of the scores and compiled them into one overall average DmC Devil May Cry: Definitive Edition review.

Check out the score ratings below and then give us your opinions on the game after buying it. Are you happy with your purchase last week, or is there anything which you are not happy about on either platform?