How do you like the sound of being able to test out your DJ skills on your Apple iPhone, iPad or even iPod Touch? We have some great news if you like the idea, as the DJ Music Mixer app has just been made available to download via the Apple App Store.

As Nick Marshall recently reported over at electricpig.co.uk, the DJ Music Mixer app allows users to mix tracks from dual decks, as well as add sounds from the freestyle board. Once you are finished with mixing, you have the option of saving or sharing the end product. 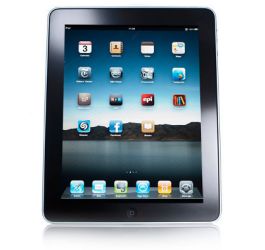 What is even more exciting about this app is the fact that it is currently free to download. The first thing that Nick noticed when testing out the DJ Music Mixer app on an iPhone 4, is that it comes pre-loaded with ten songs from big name DJs such as Riva Starr and Major Lazer.

The app is pretty simple to use as well, so almost anyone could manage to create a quality mix. As reported over at the official itunes.apple.com website, users can even invite their mates to listen to their new mix, by posting it to a Twitter feed or Facebook wall.