Even though the 2014 Chicago Auto Show is over for the press, the public still has a few days left and will no doubt be heading over to some of the more glamorous vehicles to feature at the event. However, this is never the best event to showcase some of the better vehicles, as this is saved for the bigger car shows.

That’s not to say that there wasn’t any interesting cars, but the 2015 car models shown at the Chicago Auto Show were very diverse, but lacked the impact that we can expect next month at Geneva.

Anyway, back to those Diverse Chicago Auto Show 2015 car models that were showcased last week. Chevrolet used the auto show as the perfect platform to highlight the 2015 Silverado 2500 HD CNG along with its more pleasing mpg figure thanks to the use of its bi-fuel setup, although still not certain why the truck needs to use a massive 6.0-liter engine? 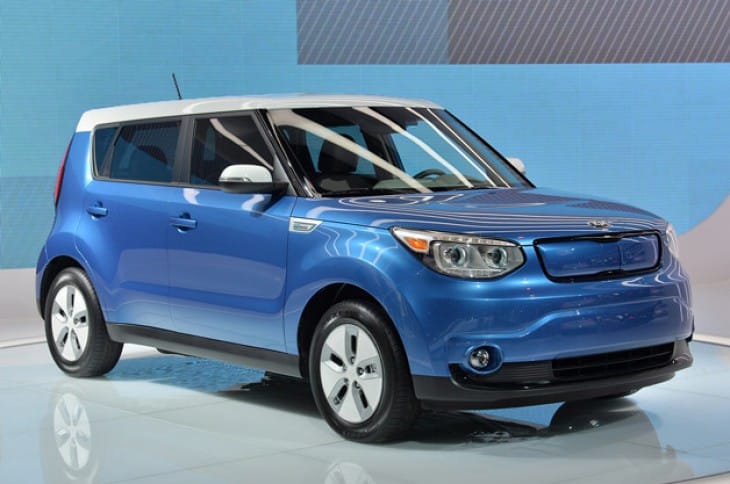 Sticking with the larger vehicle we have the 2015 Lincoln Navigator, which as you might already know comes with a bevy of new features and tweaks to the exterior. However, the interior is pretty much unchanged, which you can see in the video below.

It wouldn’t be right to have an auto show without something weird, and the 2015 Kia Soul EV certainly fulfills that category. The exterior design is an ugly one, although this does come down to personal taste. However, the ability to have an electric vehicle with a decent size cabin space is something the market needs —just wish KIA worked on the styling a bit more like they did with the Ceed.

If it’s space you are after and a vehicle that is a little more practical, then the 2015 Subaru Legacy could be just what you are looking for. The fuel economy in this vehicle has improved compared to its predecessor and its improvements look to make it a better contender to compete with the Honda Accord and Toyota Camry.

There you have it, four very diverse vehicles to be showcased but we wonder what Chicago Auto Show 2015 will bring?