Apple has got off to a great start in 2015, as they recently announced a pretty decent profit margin and with two new products suspected for release around March and April, it will be interesting to see how the industry reacts. One of those new products is the Apple Watch, which should be released in March, with a rumored 12-inch MacBook Air coming in late April.

We already have a rough date for the Apple Watch, and a price, but what of the pricing for the entire range, as there is expected to be around 34 different models? Apple has yet to make an official announcement as to the pricing of its new wearable’s, but that has not stopped some people within the industry to try and dissect the price of the Apple Watch model range.

The starting price for the Apple Watch should be $349, which is the smallest in the range with the least expensive materials, and will no doubt have the smallest capacity battery. We already know there will be a choice of 38mm and 42mm sizes, and one would presume the battery capacity for these would differ as well. 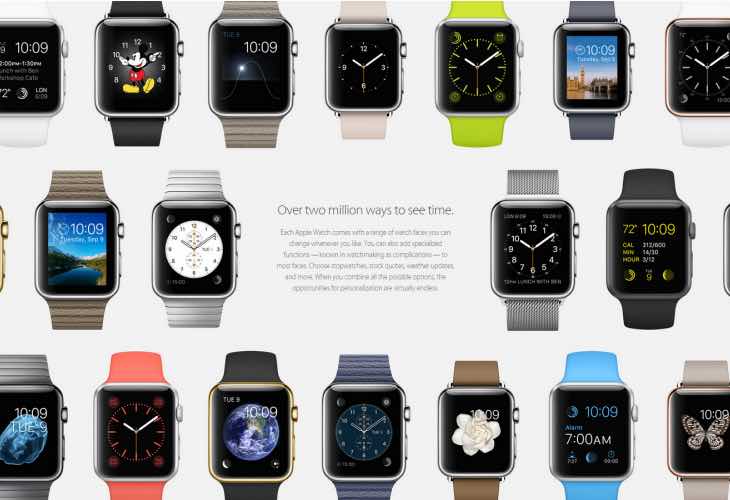 9To5 Mac has been looking into things and believes that the Apple Watch Sport model will be the one priced at $349, with the Steel version costing $449. However, this could increase to $549 or $599 seeing as you will have a choice of bands.

Then there is that Gold Edition model, which could range from $999 to $4,999. The reason why the real price has yet to be nailed is because it is still up for debate, and only Apple will be able to tell us that come March — or so we hope in that month.

If you go for the base model you might have the chance to go for a different band, which could cost of $29 to $99 or $129. There are so many unanswered questions, and so we cannot wait to see what Apple comes up with in March. Having said that, the first edition might not sell as well as Apple would like, especially if rumors of poor battery life are true.