Last month we heard release dates for a few Nintendo games, which included Disney’s Epic Mickey getting a Wii release some time during the holiday season. Today we can confirm that the exact release date has been set for November 30, 2010.

CS Monitor has reported out a few more details about Epic Mickey, a game that sees you guide the Disney character around a world darker than Mickey is normally used to. The only weapons you will have are paint thinner and a paintbrush, which you use to destroy those that get in your path and to create new objects.

Disney wants to re-launch the icon, as we know the cute and cuddly cartoon, and turn him into a warrior fighting in a “cemetery of faded cartoon icons”. We love the idea of Epic Mickey, and it seems gamers of all background share that love. 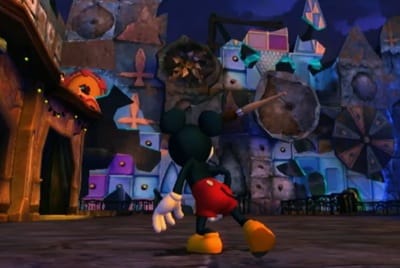 You can see the Epic Mickey trailer on ew.com, which gives us the impression that this game is a cross between Disney and Super Mario Galaxy. The controls with the Wii should be fun, and lets hope they have Donald in the game. What characters would you like to see in this dark world? Will you be buying Epic Mickey? 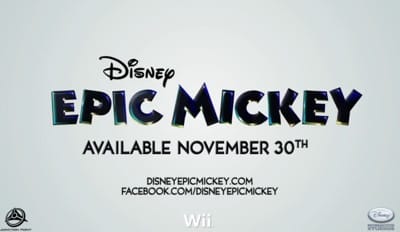