Are you a huge fan of Disney and Pixar movies such as Monsters Inc. and Alice in Wonderland? If you answered that question with a yes, then we have some exciting news for you. Disney Interactive Studios has just announced Disney Universe, a new multiplayer game that’s heading to PC and consoles.

As Matthew Reynolds from digitalspy.co.uk reports, the upcoming action-adventure title will allow up to four players to explore classic Pixar and Disney worlds. Players will also have the ability to customize their appearance with more than 40 different Disney character costumes.

This includes Alice from Alice in Wonderland, Stitch from the Lilo & Stitch movie and Tron from the Tron: Legacy film. Every costume will feature a specific tool, which can be powered up as you progress through the game. Each world features different gameplay styles, appearances and mission objectives. 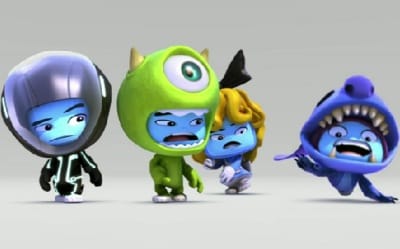 The Disney Universe game — which is being developed by British studio Eurocom — is due to be released sometime in the autumn, and will be available for the PlayStation 3, Xbox 360, Nintendo Wii and PC. Xbox 360 and PS3 gamers will also have the ability to obtain new worlds, characters and items as DLC.

You can view the Disney Universe announcement trailer via the digitalspy.co.uk website. Do you like the looks of the upcoming game?