Disney Mobile may not be operating in the United States anymore, but it’s still going strong in Japan (where it’s known as MVNO) and the company is even preparing to launch its very first smartphone that will reportedly run on Google’s Android 2.2 operating system.

According to Florin over on the unwiredview.com website, the smartphone appears to a Disney-branded version of the Sharp Galapagos 003SH phone. The features will include a 3.8-inch WVGA touchscreen 3D display, a 1GHz processor and a 9.6-megapixel camera with HD video recording. 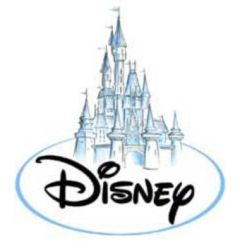 The handset will also come with exclusive Disney content and services, which is said to include a Disney email address. As George Wong from ubergizmo.com reports, there is currently no word on the pricing, but Japanese customers can expect to see the handset sometime next month.

Besides coming with a special Disney MMS address, the smartphone will also come with its very own Disney-themed home screens, widgets, emoticons and apps. It even comes with specially designed covers, which surprisingly aren’t very childish-looking.

What do you think of a Disney-themed Android smartphone?