After an anxious wait, we’re happy to report that the Disney Infinity 3.0 Xbox 360 Digital download is now live on the Xbox Live Marketplace.

It had taken a while to appear and there had been some confusion that the digital version may not release on Xbox 360 until later in September.

However, if you head to the Marketplace now you can see that Microsoft has now added the download along with the price of $29.99.

A word of warning though as the Disney Infinity 3.0 Xbox 360 Digital download size is 7.31GB, so we hope you have reserved enough space for it.

Another Tweet from the official Disney Infinity page confirms that the download is available as of now, so hopefully nobody will have any further problems trying to access the digital version. 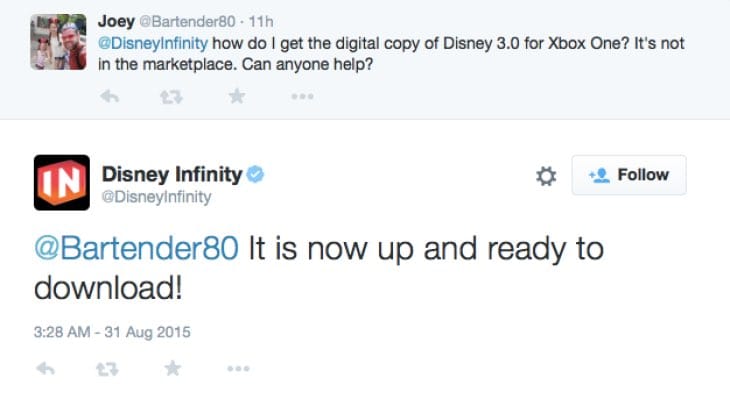 The game itself is performing very well in terms of reviews. The Xbox One version received an 8.9 from IGN which is impressive so hopefully the Xbox 360 version is just as good.

Have you been waiting to download Disney Infinity on Xbox 360 after initially being confused where it was? Let us know how you get on with the download and if you have any problems – have fun everyone!