If you are hoping for more games from Bethesda this year after Fallout 4, how does Dishonored 2 sound? The game has finally been confirmed for release this year and Bethesda has pleased fans with a solid release date to get prepared for.

Without further ado, we can confirm that the Dishonored 2 release date has been set for November 11, 2016. That takes place on a Friday which is interesting and it looks to be a global release, unlike when games usually launch on a Tuesday.

Fans have been made to wait after the announcement at E3 2015, but one year later it is finally ready to come out. 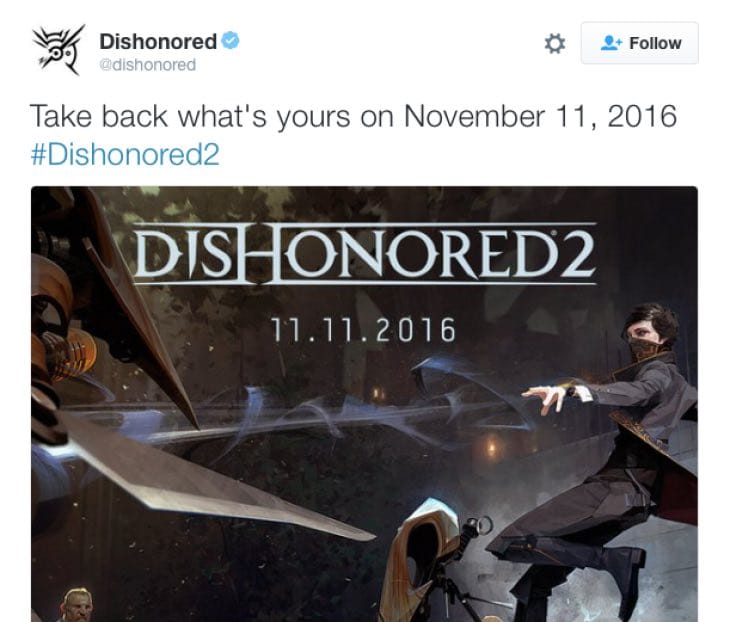 Bethesda has said that the first Dishonored 2 gameplay will come at E3 2016, during the company’s showcase event that takes place on June 12 at 7pm Pacific Time, or 10pm Eastern Time.

That is just over one month away, so there’s not long to go at all. You can watch the premiere gameplay of Dishonored 2 here so make sure you save that as a bookmark.

Are you excited about Dishonored 2 and ready to pick up from where you left off after the first game?

Give us your expectations from what you want to see in the sequel below!