An interactive 3D book which will take you back into the history of New York, has just been released for owners of the iPad. Streets of New York 1.0 has been in the making for six months, and includes a collection of wonderful photographs.

Released by ThroughView the application features photographs by Jacob Riis that show life in the slums at the end of the 19TH century, and have been reconstructed in 3D. This lets the reader experience history in an innovative way.

The photographs are accompanied with background information about the history of New York, and the life of the photographer. The application can be read just like a real book, with users being able to slide to the next page or the previous one. 3D photographs can be viewed by using three different modes; stereo photograph, sweep 3D, and 3D glasses (red/cyan). You can see a video of the application in action below. 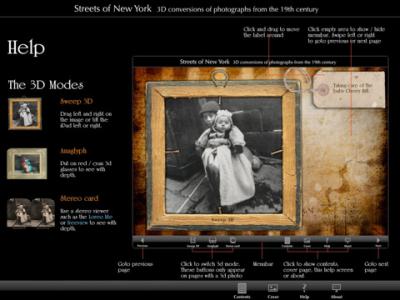 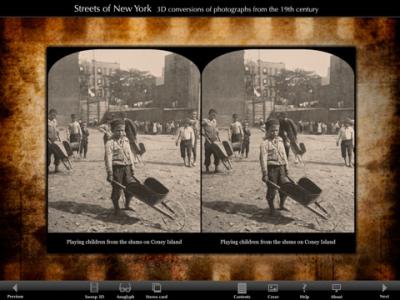