We can see that many of you are confused as to why you can’t download Dirt 3 on Xbox One yet. As you know, Dirt 3 is a November Games with Gold game free on Xbox 360 which in turn means that it will be playable on Xbox One thanks to backwards compatibility.

Dirt 3 is now available on Xbox 360, but we can confirm that the Dirt 3 Xbox One release date for backwards compatibility will be on November 12.

This is when the New Xbox Experience for Xbox One is released and it will also activate backwards compatibility at the same time. 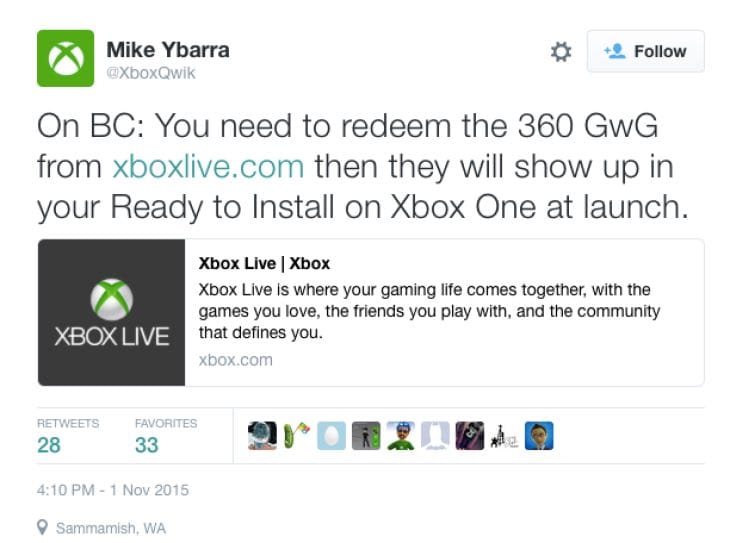 We wanted to give you a heads-up on this as we can see that many of you presumed that it would be launching on November 1 along with the Xbox One games – that isn’t the case though.

Above is the confirmation of this from Microsoft’s Platform Director of Program Management Mike Ybarra. For those that haven’t seen the new Dashboard in action yet – here is what to expect once it goes live.

Did you assume that Dirt 3 would be available to download on Monday like many others? Be sure to let your friends know that the game is instead coming on November 12 – it is not far away at all!