When the news broke about Rockstar’s GTA V business DLC a few days ago, we managed to see some artwork and screens of the Grotti Turismo R, Albany Alpha, and new Vestra airplane. Notably, the new Dinka Jester car was missing in the visual tease accompanying the blog post, so this started some debate around what model of car and design the Dinka Jester will be based upon.

The Alpha and Turismo R were seen in Los Santos evading the Los Santos Police Department, but the Dinka Jester design also being featured with the GTA V business DLC was not shown. It looks like the classic model won’t be kept thanks to the car looking to be a Honda, not Toyota.

We loved the classic 2000 Toyota Supra model, but this Dinka Jester could be completely something else. You will find a number of forum threads on this very topic, just like this one, which features a desire to see the new Dinka Jester in GTA V based on various cars like the Honda S2000 or NSX.

One fan said, “I think we’re likely going to see a GTA 5 variant of either the NSX, or s2000. I would prefer to see the Supra, but I lost hope the moment I saw it’s not a Karin”. Another added, “The Dinka Jester will probably look like a Toyota FRS after seeing what they did with the Turismo R, but we could hope for a 98′ Supra RZ”.

We have seen a number of cars shared by gamers, and some people agree on a number of models including the photo found below that was shared in the forum thread linked to above. 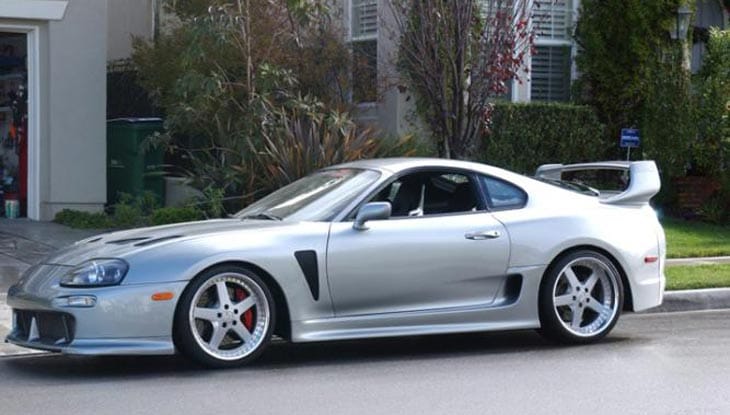 What model of car would you like the Dinka Jester based upon in Grand Theft Auto V? Will you be downloading the business DLC right away?

Leave a comment below with your ideal model for the Dinka Jester sports car, and remember to check back with Product Reviews tomorrow for the new GTA V DLC release time and gameplay of these cars. It is worth noting some people will be unhappy that the Heists content is likely setback with the business update coming first.