With people now getting to grips with the new FIFA 15, which was released yesterday in the US, we have now started to see player reviews appear on YouTube. Two of the latest ones are for Diego Costa and Neymar, who currently play for Chelsea and FC Barcelona.

Diego Costa has been amazing in the Premier League recently and while he was good in last year’s game, he is even better in FIFA 15. The reason for this is because it seems to be more about pace this year, and with Diego Costa being able to power through a defense, it helps him achieve a healthy score in the stats. 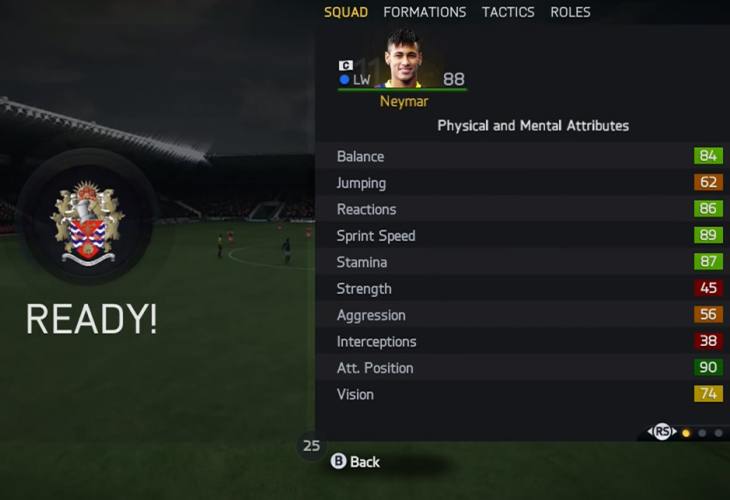 He is not the best player in terms of pace, but he is better than most, and the in-game stats show this. The first video explains that Costa’s agility is better than expected, even though it is only in the 60s.

The second video looks at Neymar’s in-game stats for FIFA 15 Ultimate Team, and makes a point about how the player is in form at the moment. His long shots are not as good as they used to be, but when he is inside the penalty area he is more likely to finish.

His agility and balance help to make up for the low number on his shooting from a distance, which also allows him to outpace defenders with his ball control. Are you happy with how these two players have been scored?

What other players would you like to see reviewed, and would it be more beneficial to see some cheaper players reviewed?