The January transfer window is now shut in real life, which means that EA will be putting their final touches to transferring the new players into FIFA 17 but also getting ready to release the huge FUT 17 Winter Upgrades as well.

We’ve already spoken about LFC and Man Utd players, but now we switch our attention to Chelsea as there is inevitably going to be some big upgrades available for the team that looks odds on to win the Premier League this season.

The two big attractions on offer are Diego Costa and Eden Hazard. Thanks to early rumors online, the upgrades could have already been revealed with Costa moving from an 85 to an 86 and Eden Hazard getting boosted further from an 88 to 89. 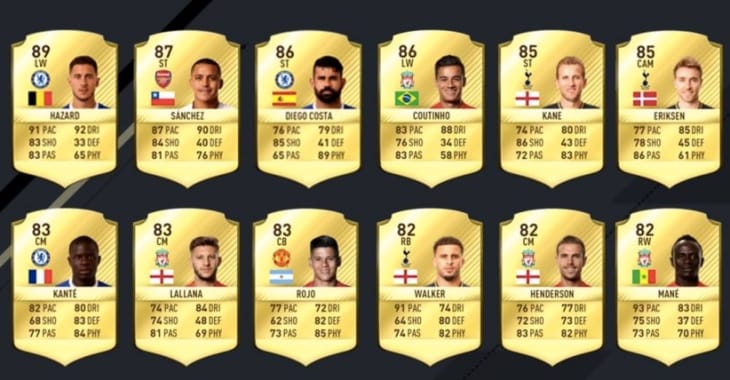 If you have in-form cards for these players, remember that they will get upgraded automatically too so now is the time to invest on the transfer market if you are hoping to snap up a bargain once the upgrades are live.

Look out for confirmation of these upgrades from EA very soon, but give us your reaction to them below. Which team do you want us to focus on next?