We brought you the news a few days back that the Diancie event for Pokemon X and Y was imminent, we now have confirmation of this in a reveal trailer featuring gameplay. The short video gives us a look at the new Fairy/Rock type Pokemon in action, as well as some interesting Diancie information.

The mythical legendary will be #719 in the Pokedex and has been classified as a ‘Jewel Pokemon’. There are still far more details that we are yet to learn about Diancie but we know that it is related to the Pokemon Carbink. You can watch the official reveal trailer below courtesy of IGN and also a review trailer thanks to YouTube user ‘SilphSpectre‘, who has also got his hands on this National Dex entry.

As you can see we get some details on Diancie, with its moves so far reportedly being ‘Hyper Beam’ and ‘Explosion’ and having the ‘Clear Body’ PokePower. The end of the reveal trailer asks players if they want Diancie which hints at a future giveaway event, more details are coming soon so look out for those where can can hopefully get a release date. 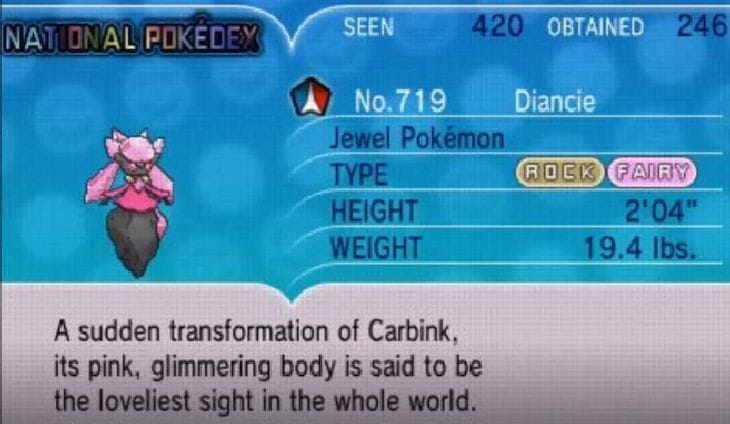 As for the gameplay which shows us Diancie in action, it looks like a majority of its attacks are beam based, we expect that as a legendary Pokemon it will have an exclusive move which could possibly involve crystals. It appears that Diancie uses crystals to both attack and defendd itself and can create them by compressing the carbon in the air. 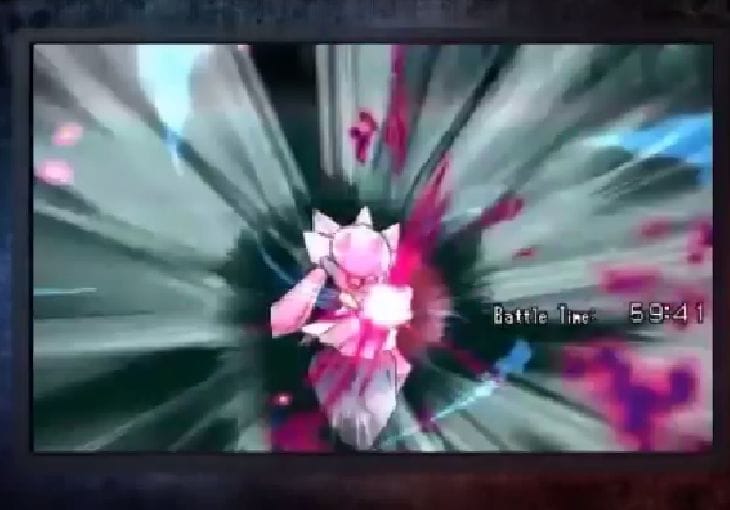 What are your first impressions of this new legendary Pokemon, are you eager to add Diancie to your team on X and Y?