We have some fantastic news for Xbox 360 and PS3 owners now, as Blizzard has confirmed that a console version of Diablo III is in the works. However, will this affect the quality of the main PC version or not?

If you head over to GamaSutra, you’ll see the Ad there for the whole world to see, with Blizzard clearly requiring a Senior Producer for a console version of Diablo III.

The PC game had previously been rumored for consoles before, but it now looks likely to happen – how will it go down well with PC gamers? If they are planning to release all three versions of the game at the same time, will it mean a difference in graphics quality if Blizzard has to port to the Xbox 360 and PS3 consoles as well? 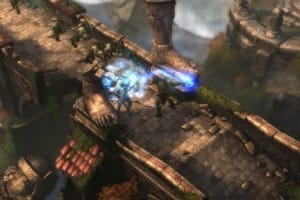 Then of course, there is the little issue of when it will actually come out. If the team are now working on console versions as well, don’t be surprised to see the game receive a delay to ensure all versions are finished at the same time.

So far, we’re only seeing the negatives for PC owners, as there’s little doubt that console owners will be delighted with the news. Then there may be the possibility of cross-platform play between PS3 and PC owners as well – remember Valve’s new partnership with Sony which kicks off with Portal 2?

Let us know your opinions on a possible console version of Diablo III.