We know that all you Diablo III fans out there are constantly on the look out for more information such as the official release date, or want to know when the Diablo 3 beta will finally be launched. And although we cannot quite confirm either of them, you can still get a taste of what to expect as we have some news regarding the latest Blizzard Press Event that gave us our first slice of Diablo III action.

If you are a fan of Blizzard and the games they create such as the StarCraft series, the World of Warcraft MMO, and even previous Diablo games, you should be aware of what they are trying to do with Diablo III.

First off, we have this awesome new video at the end of the article to show you that gives us over 7 minutes of pure gameplay bliss. You get to see different locations, spells, and abilities that have made it in to the beta, which we believe will be coming anytime soon!

The only real news that we have on the beta is that we are told it will be relatively small and only include a portion of Act 1, which could mean that the beta will only have a rather short life resulting in a quicker and closer release date.

As we stated, this cannot be confirmed, but DiabloFans have detailed the whole experience whilst attending the Press Event, where they talk about their experiences, and every little detail regarding Diablo III as they can possibly regurgitate.

Much of the information can be read in full via the DiabloFans link above, but many gameplay aspects were explained to us. Each class has 20 skills and 15 passives skills. There is a World of Warcraft-like hearthstone called a Stone of Recall, and Willpower has been removed.

As there are lots of points raised in the orginal source, we simply couldn’t include it all here, so remember to check out DiabloFans for the entire scoop. Be aware though, as some spoliers are included. 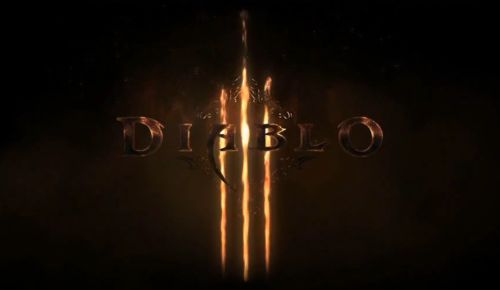 Now that you have had a glimpse of Diablo III, what are your feelings towards this latest release in the series?