FIFA 15 fans which play as Manchester United primarily are expecting the worse this week as it looks like EA may have to make another transfer update with Di Maria moving to PSG.

Reports suggest that the player has already completed his medical, with the Di Maria PSG transfer being confirmed later on Thursday.

Assuming that this happens, then in turn we expect EA to go live with switching Di Maria from MUFC to PSG on FIFA 15 as soon as Friday – if not then definitely early next week. 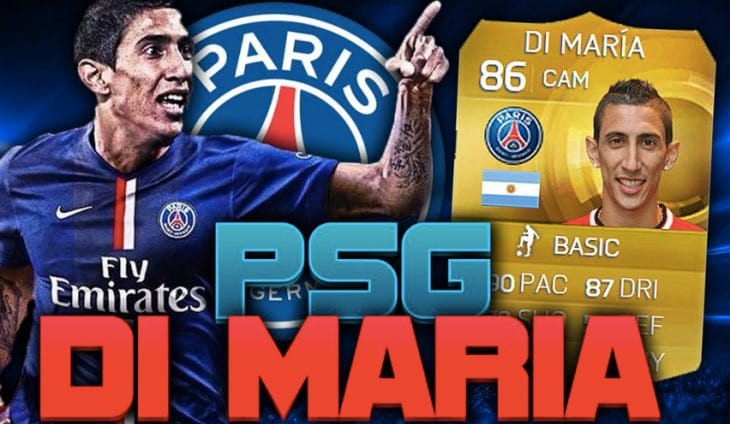 It is going to be a strange reality indeed, to see Di Maria in a PSG shirt just one year after joining Manchester United from Real Madrid – where did it all go wrong?

Either way, it’s only good news for PSG fans as Di Maria is still one of the best players on the game with an 86 card – 94 if you managed to get his TOTY card!

We expect a similar rating of 86 or 85 on FIFA 16 too, so also look out for the confirmed ratings soon.

If you play FIFA daily, give us your thoughts on the PSG transfer and if you are shocked that he is on the move again.