Fresh from the British record transfer of Angel Di Maria 7 to Manchester United, we now have a look ahead to his exciting potential in FIFA 14 with a new Squad Builder that has just been released by one member of the community.

Earlier this week we showed you a FIFA 14 Squad Builder for new Liverpool signing Mario Balotelli but now it is time for Di Maria to shine. He currently has an 86 rating in FIFA 14, but some of his amazing performances for EA had led them to offer a luxurious 91 Team of the Season card for La Liga.

In this particular Squad Builder though, he features in an amazing team for FIFA 14 which also includes the likes of Lionel Messi, Sergio Aguero, Javier Mascherano and Paul Pogba. 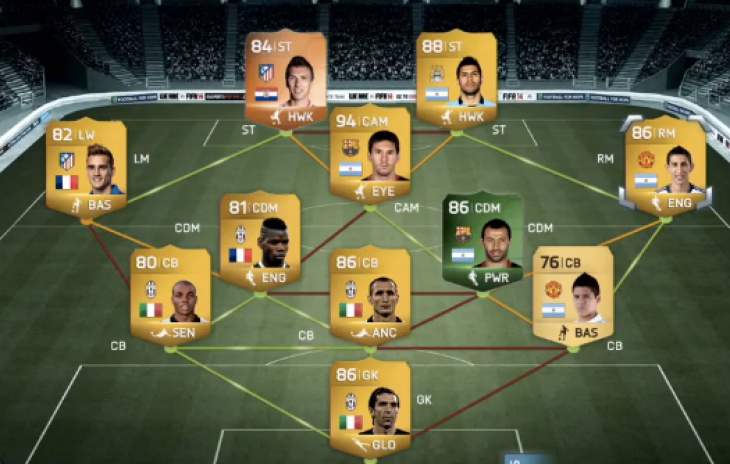 The uploader is a very popular member of FIFA’s YouTube community and in a matter of hours, the video already has thousands of views. As a bonus, we can also see a Di Maria predicted rating for FIFA 15 as well, with the uploader opting to keep Di Maria on an 86 card but with slightly higher stats.

Can Di Maria really change the Man United team’s fortunes though? Both on FIFA 14 in online matches and in reality – it looks like they need more players to come in to compete with the best.

Enjoy the video below and let us know if you are now using Di Maria in Manchester United as your favorite player.