The official game of Indian action thriller film Dhoom: 3 has managed to break through the 10 million downloads mark across mobile platforms in just three months since its release. Published by 99Games this title has surpassed initial expectations and by reaching this milestone we are intrigued to see what all the fuss is about.

Originally released exclusively for Windows Phone 8 back in October Dhoom:3 has had success on Nokia and WP8 feature phones, and now that it has braced the likes of the App Store and Google Play, along with BlackBerry App World and Samsung Apps we are starting to see significant marketing support from game providers.

Gamers that have had the pleasure of playing Dhoom:3 have given this a high rating, as this has become the most successful game made by an Indian company to date. Dhoom:3 joins the elite section of games that have exceeded this landmark and with one million downloads on Windows Phone Store, and it has been awarded by Microsoft the ‘Windows Million Downloads Club’ trophy. 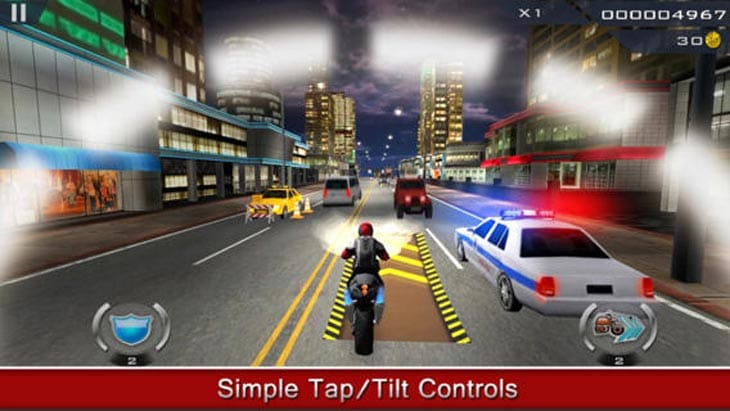 Free to download at the App Store Dhoom:3 The Game gives fans of the franchise the first game in the series as players take control of anti-hero Sahir scooting through the streets of Chicago on a Super Bike. As gamers try to avoid the likes of Ali, the police and ACP Jai Dixit the easy-to-use tap and tilt controls allows players to experience hours of exciting action in this endless 3D racing title.

With the use of the Nitro power-up players can evade capture by the cops and helicopter pursuit with the option to blow up things in your path for a free road. Also available for Android users on the Google Play Store this game contains state-of-the-art graphics with a responsive accelerometer and the option to collect in-game coins, adding power-ups including new bikes and racing suits.

In addition, the use of sonic blasts and invincibility shields can assist the player in clearing a path ready for that nitro oxide boost to speed through the carnage. Many that have played this regard this as an awesome game with superb graphics, while some feel that there are a few bugs that could be ironed out.

Others have mentioned how the objectives can be quite hard and newcomers would probably appreciate more bonus coins throughout, and although these are only minor gripes we get the impression gamers welcome Dhoom:3 as a worthy addition to the world of tablet and smartphone gaming, so will you be making sure you have enough memory space to download Dhoom:3 and see what all the fuss is about?