With lots of new games planned for 2011 Deus Ex: Human Revolution was pretty quiet to start with, however we did bring you a few different details about the game, and we included the fact that there is no multiplayer mode. We also brought you some pretty cool screenshots. 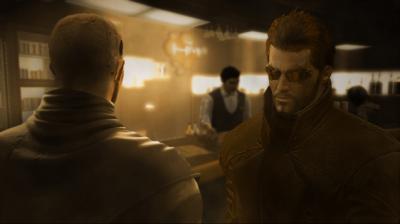 Now we have something else for you to keep your mouth watering, VG247’s Johnny Cullen recently added an article that contained the trailer for the game, I have to say it looks fantastic. The graphics look good and one of the people commenting said that they think this is the best game trailer ever. I am in agreement. 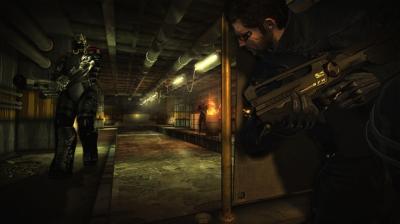 It is a futuristic game and in the trailer it shows on 2:06 a mechanical arm turning into a gun it also shows a predator style cloaking systems and blades being used. Do you want more? Well head over to their official site deusex.com where you can see dozens of screenshots and concept art as well as special pre-order bonus content. There is also a forum where you can discuss the game with other fans.

You can keep up with developments by joining their Facebook page here, simply hit the like button and you will receive updates from them. I was wondering where they got the idea from for the mechanical arms then it hit me, did they get it from Mortal Kombat? See below for a picture comparison.

What do you think of the trailer? Is it making you want the game? Let us know in the comments below.