We are very confused as to why the makers of the Detroit Electric SP:01 claim this will be the world’s fastest electric sports car. The reason we query this is because of its performance figures, as they are a 0-60 mph time of 3.7 seconds and a top speed of 155 mph. Now forgive us if we are wrong, but the Tesla Model S P85D Performance model can get to 60 miles per hour from a standstill in just 3.2 seconds and also has a top speed of 155 miles per hour.

Now we know what you are going to say, the performance inspired Model S is not a sports car, but more of a family sedan/salon, although being able to outpace a sports EV is a bit of a kick in the teeth for the Detroit Electric SP:01. We do not understand why they would wish to make such a claim when Tesla already has a model that outperforms it, unless they were going on the figures of the non all-wheel drive option, which is 4.2 seconds to 60 and a top speed of 130MPH? 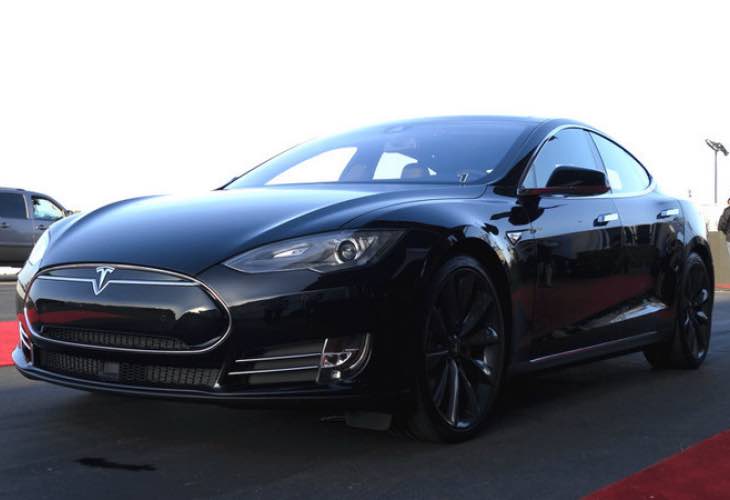 Maybe this was deliberate and they were comparing it to the likes of the Tesla Roadster, as its figures are 0-60mph in 3.7 seconds and a top speed of 125mph for the Sport version. This would surely make more sense, especially when they are so similar to each other.

Even though the Performance version of the Model S can outperform the Detroit Electric SP:01, the latter costs £80,000, which isn’t too bad when you consider the sort of car you are getting. However, the former has it beat yet again, as the Tesla Model S P85D costs just £81,000 in the UK, giving you more car for your money. Having said that, it is easy to get carried away, as a fully speeced model will end up costing you £109,000 – ouch.

If you had the choice, which would you go for the Detroit Electric SP:01 or the Tesla Model S P85D?