For the first time in a few weeks, we can safely say that Xur left Destiny players extremely happy when he left the tower after offering the Red Death.

Now we look ahead to the Destiny Xur location on March 20 once more, to see if Xur can follow it up with something as equally as desirable.

Let’s be honest, nobody was expecting to see the Red Death. It had been rumored the week before due to a psychic leaker, but in the end Xur had the Universal Remote shotgun – coincidentally the same exotic that Xur was ‘supposed’ to have the week just passed.

Now, what weapon would you like to see next after the Red Death? We’re presuming most of you picked up the Pulse Rifle, so what would you want to drop strange coins on next? 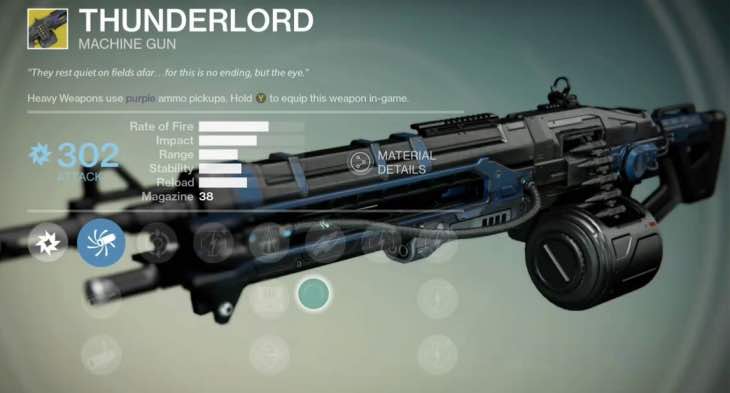 If we were to wish for one weapon, it would be the Thunderlord exotic machine gun. Again, this was a weapon that was predicted a few weeks ago, but it never showed up.

The Gjallarhorn appears to be a fairy tale these days, so would like to see the Thunderlord as a preference and would you buy it for 17 strange coins?

Remember, the Daylight savings time in USA is now in effect, so Xur’s spawn time in the tower on March 20 will differ compared to previous weeks.

Expect to find him at 2am Pacific Time, 5am Eastern Time and 9am GMT in UK this Friday. As we wait for his arrival, let us know what you are hoping to see from Xur, Agent of the Nine next.

Do you agree that last week was a great week with Red Death and Heavy Ammo?

UPDATE: Xur is live and he has the Hard Light – another great week!!