In a bid to improve the Destiny Companion app Bungie has released a new update and from what we can see, they have certainly been busy. There are several changes and improvements to make users happy, and while the update has been seamless for most, there are still one or two issues for some.

Destiny Companion app Version 3.0.6 now shows an image of your in-game guardian within the character select menu, which helps to bring a better level of integration. This means there will no longer be a silhouette, although some people are reporting the silhouette still shows in character stats within the app, which does seem rather strange. 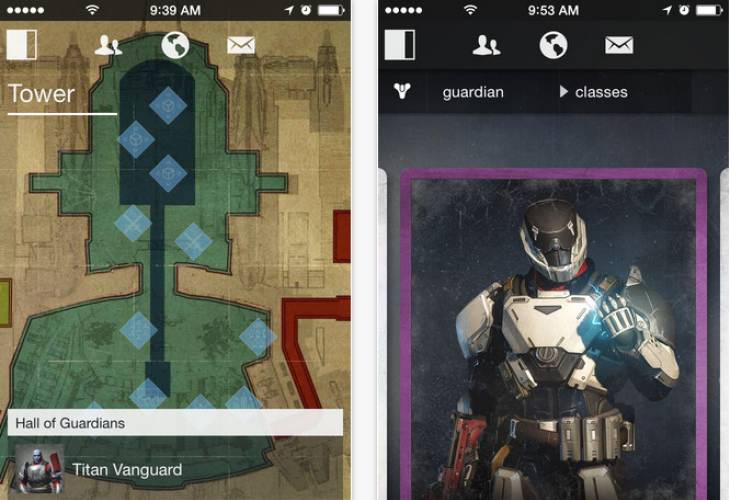 Messaging and navigation have also been improved, along with updates to make the app more stable and around 40 bug fixes and other such improvements.

What still needs to be improved? While the latest Destiny Companion app update has been well received, there are still a few areas that could be improved. One is that ranks of your Guardians in each place should be added, and you should be able to see the face of your Guardian without the helmet.

One of our readers did complain about items and all of his stats are now showing as classified, even after logging out and in again. We do not think this is a widespread issue, but if you have experienced such a problem, then please share with our readers below.