Right before Xur arrives for 9/25/15 with a new inventory, we have some important intel to deliver to guardians with the arrival of a surprise new Destiny update 2.0.0.4 as part of Bungie’s 09/24/2015 Weekly update.

We say surprise as there was no prior warning that a new Destiny patch late on Thursday was on the way and even Bungie mentioned in their weekly update that it arrived without preview or fanfare.

Without further ado, feast your eyes on the official Destiny 2.0.0.4 hotfix patch notes below and see what Bungie has fixed one week after the launch of The Taken King. 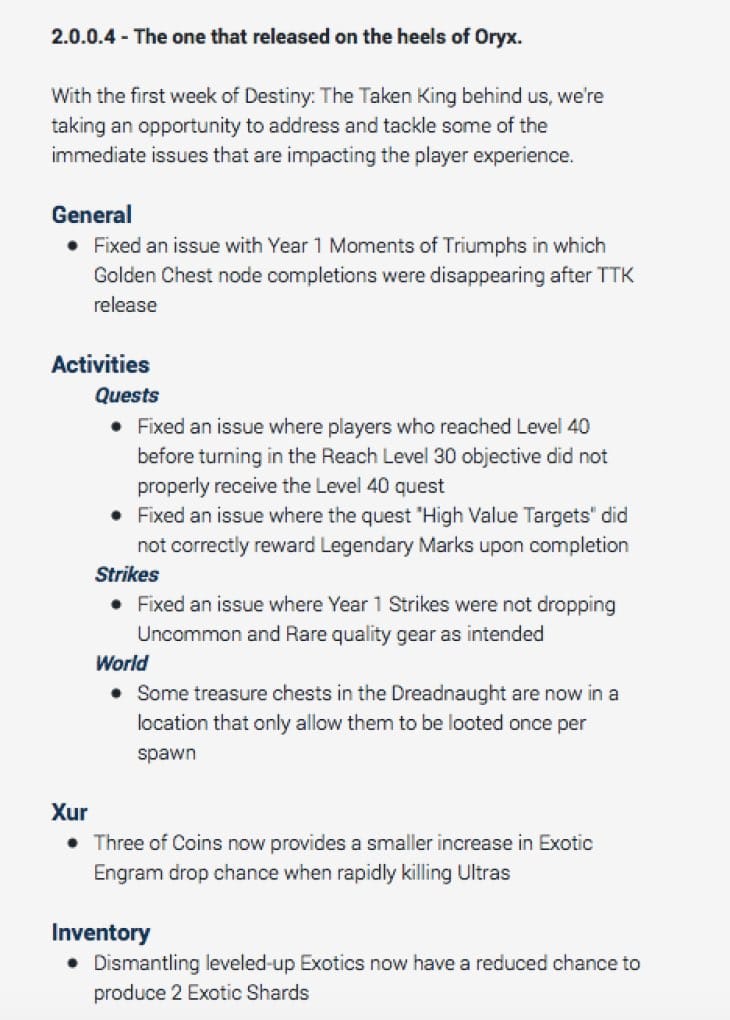 There are some notable fixes to various Taken King quests, but one of the key changes for us lies with that man Xur again. Bungie has issued a Three of Coins nerf so that it gives a decreased exotic engram drop rate compared to before.

That means you only had a week to enjoy this new consumable from Xur in its original form, so give us your thoughts on that below.

The rest of the changes are highlighted above as they appear in Bungie’s Destiny September 24 update patch notes.

Was the Three of Coins nerf necessary in your opinion or not? Don’t forget to track Xur’s location in a few hours here.