Bungie has gone now live with the latest Destiny 1.13 update on PS4, which we told you about in a previous article here. The update is actually the Destiny patch 1.2.0.5 for all platforms and we have the full Destiny update 1.2.0.5 notes for those that want to know specifically what has been changed.

One of the biggest changes that we can see is that the Husk of the Pit is now dropping correctly and also with an increased 150% drop rate from Blades of Crota to make up for the past issues.

The Husk of the Pit is one of the key ingredients of course, for those trying to get their hands on the Necrochasm exotic auto rifle after initially upgrading the Eidolon Ally with a Crux of Crota. 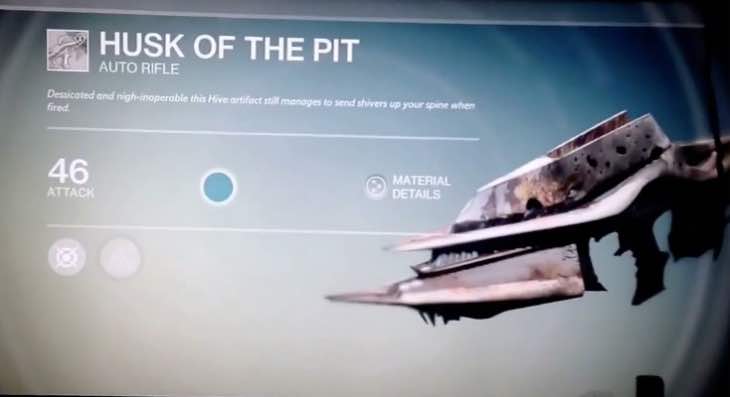 Other changes include the addition of the Nepal Aid shader and emblem in the game, along with important crash fixes to some players when closing the vendor screen.

For those after the Husk of the Pit though, this is a welcome change. Head to the full Destiny 1.2.0.5 patch notes here and give us your thoughts on the changes.

What are you hoping to see from Bungie in the next major Destiny update?