Hopefully this information will come in the next Bungie Weekly update which is due at some point this week. We can see from social media that while many of you are dying to know when Trials of Osiris is out, most understand that fixing the Nightstalker exploit is first priority.

Here is what Bungie officially said on the matter in their previous update: “We’re going to disable that bug before we invite you to take your next run at a 9-0. We’re also working on a final fix for the bug itself as soon as possible.” 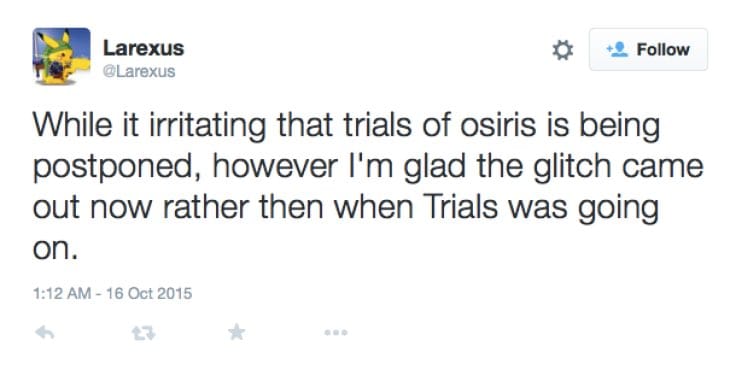 At least you can rest assured that when it does come back it will hopefully arrive with a 100% fair environment where everyone can compete and take home the rewards with a smile on their faces.

Bungie didn’t give a hint on the status update on the bug fix though, so you’ll just have to hang on for the time being.

Are you patiently waiting for the new Trials of Osiris release date, but understand the need to completely fix the bugs first?