We now know that The Taken King is going to be the next expansion for Destiny, after Bungie finally confirmed their worst kept secret at E3.

Now though, we have some details on what PS4 and PS4 gamers can expect to get thanks to the ongoing exclusive DLC agreement that Sony has with Activision that covers exclusive weapons, armor and maps.

Specifically, we wanted to focus on what is arguably one the most important aspects of the Taken King – another new exotic weapon that is exclusive to PS4 and PS3 gamers.

This is going to be The Taken King Jade Rabbit exotic scout rifle and we now have a preview to bring you, based on the brief details that Bungie has already given out. 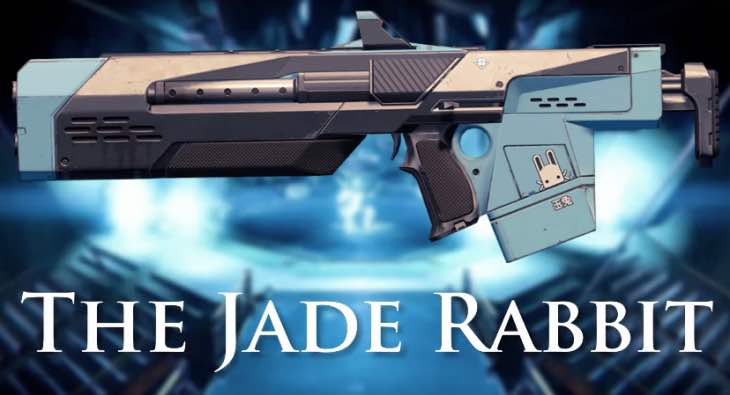 At E3, the developer gave the following description on the weapon, which won’t be on Xbox platforms until September 2016 at the earliest:

“The moon-dwelling Jade Rabbit of yore is made manifest in this adorably deadly exotic scout rifle. Sporting a 13-shot magazine and a sniper-like scope, the Jade Rabbit is a lethal combination of kinetic power and long-range accuracy.”

The key thing to pick out from that is although this is a scout rifle primarily, it will feature a sniper-like scope meaning that it could have some fantastic hybrid capabilities mixing in sniper and scout classes.

Kinetic power and long-range accuracy suggests that this is going to be another beast weapon to use in PVE modes, but also in PVP too in the crucible – that 13 shot magazine though may be a sticking point for some users.

Watch the clip below that we have added and let us know your initial thoughts on The Jade Rabbit. It’s a major deal given the fact that this is exclusive to PlayStation, so is this unfair on those playing Xbox versions?

The design of the weapon itself is awesome, as you’ll see from the official render below.