It looks like the cat is definitely out of the bag with regards to the next major Destiny DLC expansion after House of Wolves.

That now looks like it is going to be The Taken King DLC for Destiny, as some solid evidence has turned up thanks to a leaked promotional campaign from Red Bull.

It’s not the first time that we have heard about The Taken King being related to DLC. Back in May a trademark was filed by Bungie for the same name and this was after a big leak spread online also name-dropping The Taken King whilst The Dark Below was still being played.

Now, it looks like Red Bull have teamed up with Bungie as some images suggest that there will be a running promotion at RedBullQuest.com (currently under maintenance) for bonus XP as well as an ‘epic quest’ in The Taken King. 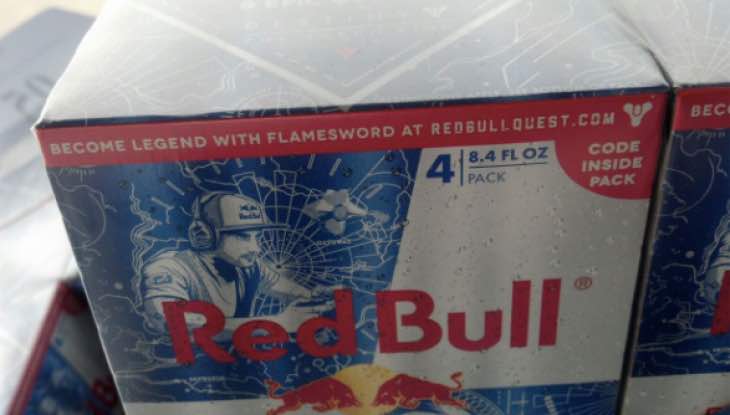 Bungie nor Activision have confirmed their next expansion after House of Wolves of course, but the general consensus is that The Taken King is the major expansion that is planned for Fall 2015.

With that in mind, we should expect to see it between September and November. House of Wolves is still very much at the forefront though right now, so would September feel too early for another big content release?

Now that this image is out there and certainly looks like it could be real, it will be interesting to see if Activision change any plans and bring forward an announcement at E3.

What do you think about The Taken King – Would you like to see it as early as possible, or is November 2015 an ideal period for you?