Xur has just arrived in the Reef and he is selling a lovely Year Two Suros Regime. With this in mind, we wanted to point you in the direction of a new Suros Regime Year Two review for those players who have just picked the game up recently in a sale.

The Suros Regime used to be considered one of the best exotics in the entire game last year, so has anything changed since then with the switchover to Destiny 2.0 and The Taken King?

The main Suros Regime perks on offer are Suros Legacy, which has a chance to give you health back for each kill and Spinning Up which fires the Suros Regime faster, the longer it is fired. 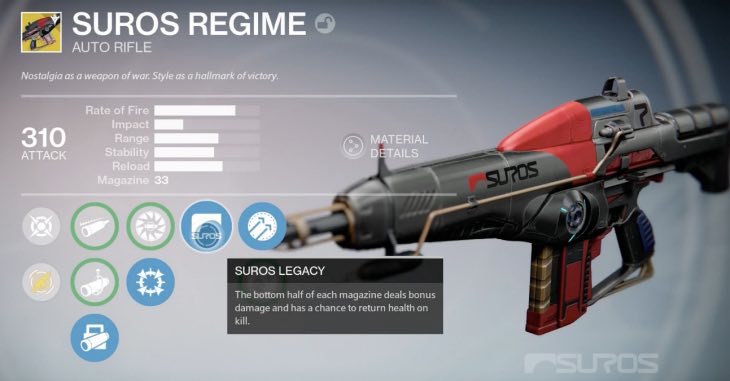 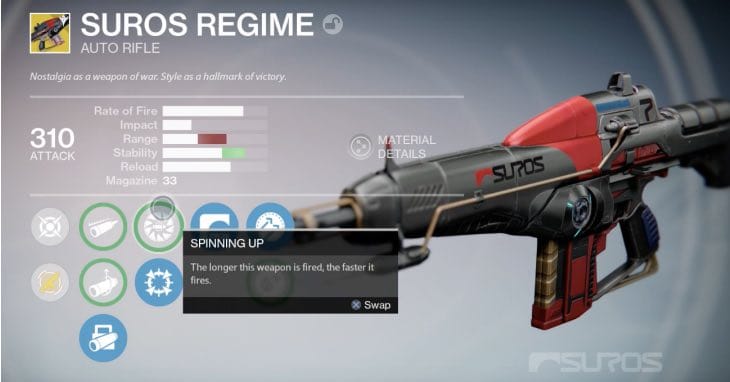 Xur is now selling this exotic for 23 strange coins so if you want to see how good the Suros Regime Year 2 is in PVE and PVP environments, watch the review below thanks to the guys over at Planet Destiny.

Is it still one of the best weapons in the game, or has it lost its charm? Let us know if you think it is worth it after buying it from Xur today.