Destiny servers have gone down today right before the Iron Banner start time, which is expected around 6PM in the UK. While we cannot confirm if the event is causing some sort of server maintenance, it’s likely this is the case considering the timing of these problems.

As we have mentioned previously, the Iron Banner event should have a start time like past events. This has been 10am PST, 1PM EST, and around 6PM in the UK with Lord Saladin arriving in the tower location on June 2nd as well. 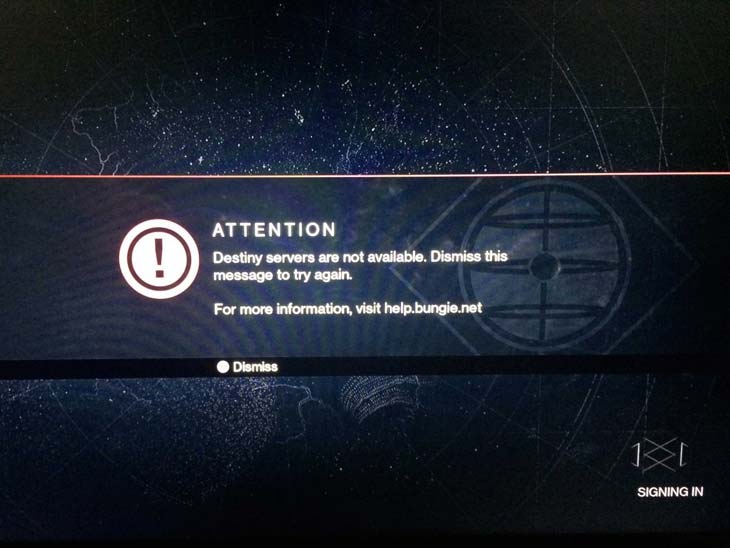 We first saw reports on our Destiny server outage page within the last 30 minutes and also on server tracking website, Down Today. Most Product Reviews readers have agreed this is to do with Iron Banner with comments like “Iron Banner is coming up thats why server is down”.

From what we can tell, this is a global outage with servers apparently offline in California, Southern Idaho, Indiana, Texas, South Africa, different parts of the UK, and many other locations around the world.

Update: The Destiny servers were down for everyone for under 30 minutes and now everything is back up and running. The official social channels didn’t explain why the downtime took place, but it’s most likely related to getting servers patched for Iron Banner that’s due to start any moment.