It looks like some people are seeing Destiny servers down on May 3 right now, with a Caterpillar error kicking them out of the game. We have a heads-up to say that Bungie are already aware of the situation, plus they have a warning about an incoming patch.

Here’s the Destiny server status from the official Bungie Help Twitter page which has just updated minutes ago: 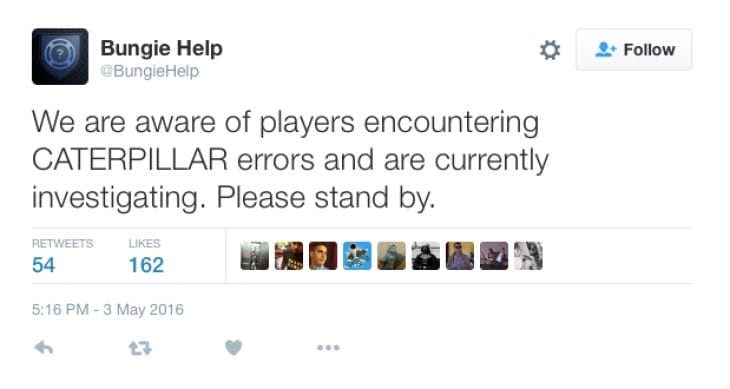 Players should also be aware that Bungie are making preparations to deploy a small Destiny update on Tuesday May 3 at around 10am Pacific Time which may force players to log back into the game again.

At 10AM PST on Tuesday May 3rd, Destiny players may be asked to login again upon returning to orbit to download a patch.

We’re not sure if the two issues are connected to each other, but we’ll bring you updates if it remains a problem. For now leave your status below if you can’t get into Destiny servers right now in your region.