Well this is a bit of an anti-climax straight after a new appearance from Xur. If you were planning to log into Destiny right now, it seems you can’t at the moment as the Destiny servers are down in UK and other parts of Europe on PSN and Xbox Live.

At 2am Pacific Time, 10am UK and 5am Eastern, everything was fine as players logged in to see Xur sell the Universal Remote Shotgun as this week’s exotic.

After that though, players have been kicked out of Destiny servers with the usual Banjo and Cattle errors and they haven’t come back up since. 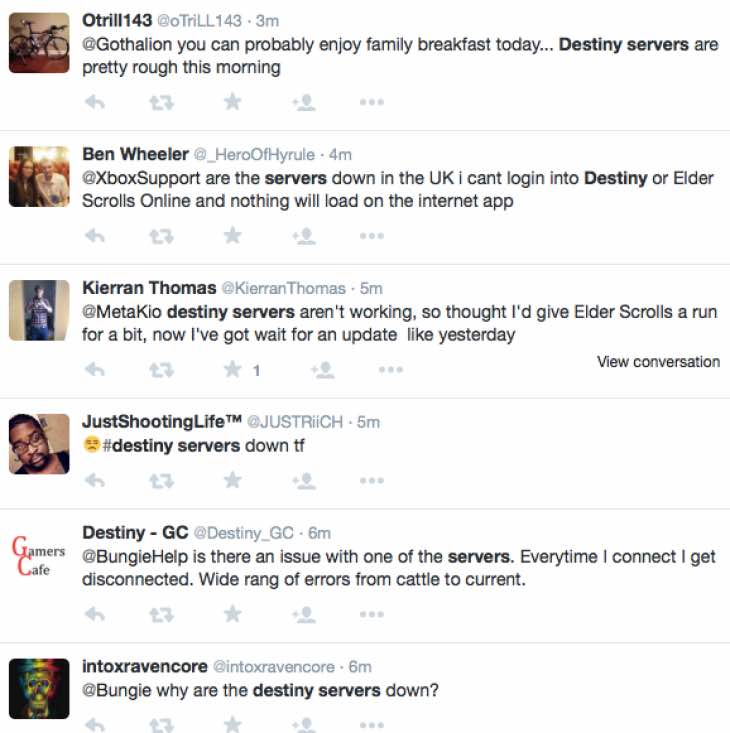 Some feedback from social media proves that it’s more than a minor issue, so hopefully Bungie are already on the case and are working on fixing it.

We’re getting reports that the servers are still acting up at the time of writing, so let us know your Destiny server status below in your area.

Can you get into a game right now or not? We’ll post updates as necessary.