We have a quick heads-up to anyone who is playing Destiny right now. You may be experiencing Destiny server down problems, as Bungie has already said that last minute preparations are underway for the big arrival of House of Wolves.

The second major expansion for Destiny is almost here, with House of Wolves arriving on Tuesday May 19. Bungie has warned players that the game may suffer from sporadic connection issues during early Monday morning Pacific Time.

A Tweet hours ago from Bungie confirms this and we have already seen some reports of the game going offline in some US and Europe cities. 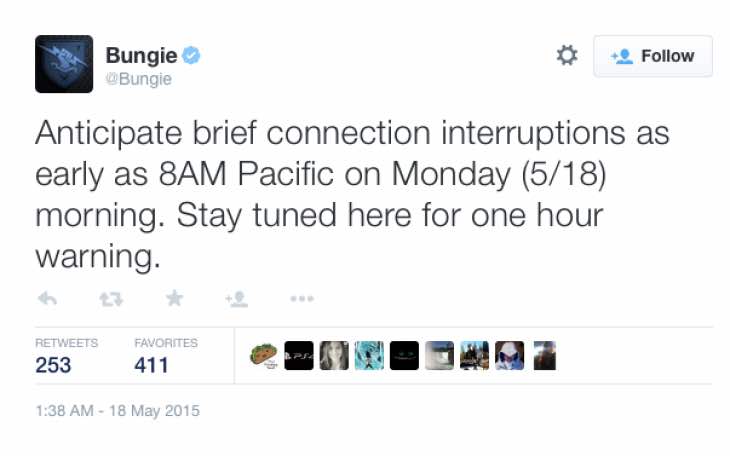 While it is obviously frustrating if you suddenly get kicked out from a game with Destiny Banjo and Cattle errors today, this time you know it’s for good reason as the Destiny House of Wolves DLC is almost here.

Bungie has said that any outages that occur between now and Tuesday will be brief, so hopefully most of you won’t be affected for too long.

Let us know if you are having Destiny server problems on Monday May 18 in your area. Will you be buying the House of Wolves?